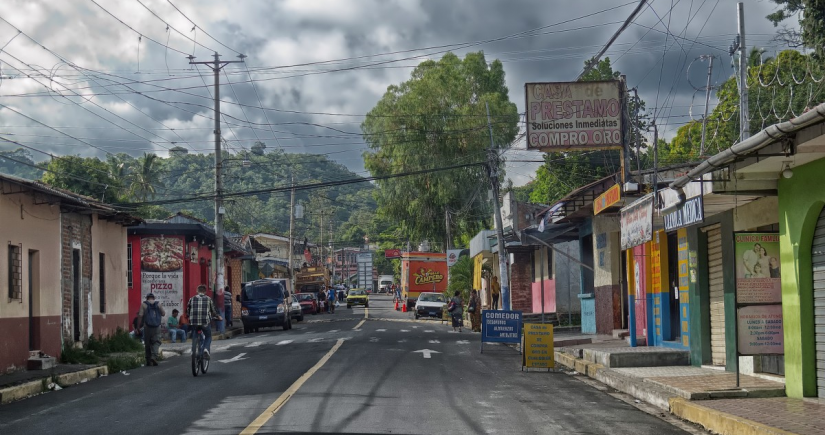 Liz Aguirre from the Ministry of Public Works in El Salvador has overseen each step of the CoST El Salvador journey since Gerson Martinez, Minister of Public Works decided that they should join CoST. She now provides an insight into their experience of joining CoST and developing a national CoST programme.

Since El Salvador joined CoST in May 2013, the Working Group has been working tirelessly to develop the strategy and Implementation Plan for CoST El Salvador. Composed of volunteers from Salvadoran civil society, industry, academia and government, including the Initiative for Social Democracy (ISD), the Salvadoran Chamber of Industry and Construction (CASALCO), the University of El Salvador (UES), the Central America University José Simeón Cañas (UCA) and the Road Maintenance Fund (FOVIAL), the members share a common goal for delivering greater transparency and accountability in Salvadoran public infrastructure.

In developing the strategy and Implementation Plan for CoST El Salvador, we felt that an important first step was to learn from the experiences of other CoST countries. An obvious starting point was CoST Guatemala; CASALCO facilitated a technical support visit by a representative from CoST Guatemala. Through this visit, the CoST El Salvador Working Group was able to learn from CoST Guatemala’s experiences in implementing CoST, including the challenges involved in forming an independent and participatory Multi-stakeholder Group (MSG), enabling disclosure, conducting assurance and scaling up the programme.

It became clear from the outset that high level political commitment and strong leadership were necessary ingredients for the success of the programme. Fortunately, CoST El Salvador, has the unequivocal support of Minister Martinez, Minister of Public Works, Transportation, Housing and Urban Development (MOPTVDU), which has helped raise the profile of the programme in-country, increasing the likelihood of continuity of the programme even if any changes in government should occur in the future. The Salvadoran Central Government sees CoST El Salvador as a complementary measure to existing and ongoing efforts in-country to deliver transparency and step-up the fight against corruption. In addition to this strong political support, the leadership of Ramon Villalta, Executive Director of the Initiative for Social Democracy (ISD) and the Chairman of the Working Group has been a critical driving force.

Now, the Implementation Plan is complete and we are ready for the next step. Earlier this week, the Framework Convention for the Implementation of CoST El Salvador was launched. Organized and endorsed by the Secretariat for Strategic Affairs of the Presidency (SAE) and the Sub Secretariat of Transparency and Anticorruption (SSTA), the event was attended by Gerson Martinez, the Minister of MOPTVDU, the authorities from the SAE and SSTA, and Victor Clark, the Deputy Head of Mission from the British Embassy San Salvador. The CoST El Salvador MSG was also formally constituted at this event. The MSG is represented by MOPTVDU, FOVIAL, SSTA, ISD, CASALCO, and UES.

With the signing and launch of this Framework Convention and the endorsement of the CoST El Salvador Strategic Plan 2013-2015, it is hoped that CoST will become the benchmark for transparency and accountability in the public construction sector. The event marks the start of the next stage of the implementation of the CoST program, as well as the formal start of the work that will provide greater transparency and accountability in the infrastructure projects in El Salvador.