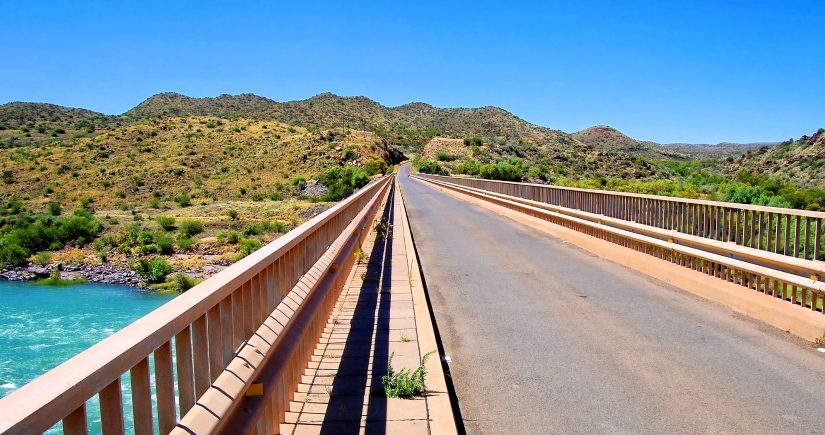 CoST is excited to launch the Open Contracting for Infrastructure Data Standard (OC4IDS) with our partners at the Open Contracting Partnership. This culminates a long journey for CoST in moving from the cumbersome process of extracting paper-based documents from public procuring entities to today providing a systematic tool for disclosing user friendly open data at each stage of an infrastructure project. In this blog our Head of Programmes, John Hawkins describes this journey and our ambitions for the #OC4IDS.

Lessons from the CoST pilot

Eleven years ago I joined the CoST International Secretariat as a policy adviser for its three-year pilot. One of my first tasks was to make sense of a list of documents, information and data then known as ‘Material Project Information’ (MPI) that procuring entities of infrastructure projects would be asked to disclose on a ‘proactive’ basis (without official request) at each stage of an infrastructure project cycle. Shortly thereafter, I was standing in a government building in Tanzania looking at a tower of paper wondering how we would ever achieve this.

The truth is we failed to meet this objective. Each of the eight pilot countries (Ethiopia, Guatemala, Philippines, Malawi, Tanzania, Vietnam, UK and Zambia) was participating on a voluntary basis and the majority of procuring entities did not have the capacity to disclose MPI. The pilot predated the open government, contracting and data movements and access to information and procurement legislation was relatively new in most countries, with pro-active disclosure generally limited to tender and contract award. The final cost of an infrastructure project – something that all tax payers should be able to access – was invariably never disclosed.

The CoST pilot was based on the multi-stakeholder approach of the Extractives Industries Transparency Initiative (EITI). However, the value chain in public infrastructure is the reverse of extractives, with endless transactions and many more players in the game. For example, there were 233 government procuring entities and 4630 registered contractors in the Tanzanian construction sector, in extractives there was one procuring entity and 18 operating companies.

But the multi-stakeholder approach was tangible, for many reasons including the potential to build a consensus and trust between key government, civil society and private sector representatives. They were instrumental in persuading procuring entities to release MPI on a ‘reactive’ basis (disclosure upon request) to a team of independent experts who would verify and analyse it as part of an assurance process. This included turning the MPI into compelling information which could be used by civil society and the media to hold government to account.

The pilot achieved a considerable amount. Pilot countries published reports that reviewed documents and information from a combined total of 100 infrastructure projects. However, the task of extracting the documents out of reluctant procuring entities was laborious and time consuming and could not be done at scale. We used this and other important lessons to amend our approach.

As is often the case, something surprisingly simple prompted the development of a key tool for CoST. For the CoST UK pilot, individual assurance report cards were created on each of the eight projects that were included in its programme. On one side of the A4 card was a summary of the MPI and on the other, a summary of the assurance findings. On seeing this, a UK government official said to me, “I can show this to a minister to highlight and explain the key issues on a project – it provides data in context!!”

Assertions such as these and evidence from the pilot demonstrated the immense value of contextual data and led to the CoST Infrastructure Data Standard (CoST IDS). CoST would no longer require documents to be proactively disclosed (these would be made available upon request) but it would require the proactive disclosure of data at each stage of the project cycle with summary contextual information. The responses to each data point could be potentially standardised to allow for the aggregation of the disclosed data at scale.

Since 2015, data on over 25,000 infrastructure projects has been disclosed based on the CoST IDS. And critical to this has been the development of online disclosure platforms such as SISOCS in Honduras, Guatecompras in Guatemala and the CoST Ukraine portal underpinned by legal mandates established by executive decrees and in procurement legislation. CoST Honduras has been the first country to disclose information on PPPs using SISOCS to do so, and over the last year alone data has been disclosed on PPP projects with a combined value of almost US ($)2 billion.

As CoST continues to mature, with data disclosed at scale it is more important than ever that this data is good quality easily accessible and can potentially be aggregated. This will increase the likelihood of evidence being identified that empowers citizens and allows government to take action to improve infrastructure delivery.

A new standard for infrastructure transparency: The OC4IDS

Over the last year, we have worked with our friends at OCP and Open Data Services to develop the OC4IDS which standardises the approach to disclosing infrastructure project data based on the Open Contracting Data Standard (OCDS).

The OC4IDS uses OCP’s guiding principles of open contracting and open data with CoST’s specific knowledge on what to disclose during the project cycle. It does this by combining contract level disclosures using the OCDS with project-level disclosure based on the CoST IDS.

The many benefits of doing this are outlined by OCP here, including that by integrating the OC4IDS into infrastructure disclosure platforms like SISOCS and others it should be become possible to directly import information on tender, award and contract stages from e-procurement systems. By adding links to government finance systems and, where useful, creating infrastructure information portals, there is the further possibility of leveraging existing data to see the whole project cycle.

With the more data-driven process the OC4IDS provides, it helps to unlock existing information that is often on paper and shares it online to put it into the hands of our partners in real time. It also includes a unique project identifier – a potential game changer. With this, citizens can track the investment from when the project is first identified in a project pipeline or the national budget through the project preparation phase and then link the individual contract data sets during design, supervision and construction. It also allows for the aggregation of the disclosed data and the development of ‘red flags’ that can highlight issues for further analysis.

As we launch the OC4IDS today and move towards a more data-driven online analysis we aren’t forgetting the paper piles (or perhaps ‘paper trails’ is more apt) so evident at the beginning of our journey. These provide valuable detail for raising key issues of concern and areas of good practice and can still be made available online in the way that SISOCs does with its ‘evidence’ tab where downloadable copies of reports, assessments and updates on the projects can be found.

How we can support you

With the launch of the OC4IDS we are helping to support scalable disclosure and hugely effective monitoring of all infrastructure project stages, including identification, preparation, implementation and delivery. And to do this, both CoST and OCP are now working to support CoST members to integrate the OC4IDS into their systems as well as anyone also interested in using it.

To provide support to prospective users of the OC4IDS, it comes with an accompanying toolkit which demonstrates how to:

The value the OC4IDS is not just restricted to individual countries, its global use can also assist key players such as the data initiatives of the OECD and G20 Infrastructure Data Initiative looking to obtain comparable data that will attract investors to meet global infrastructure needs.