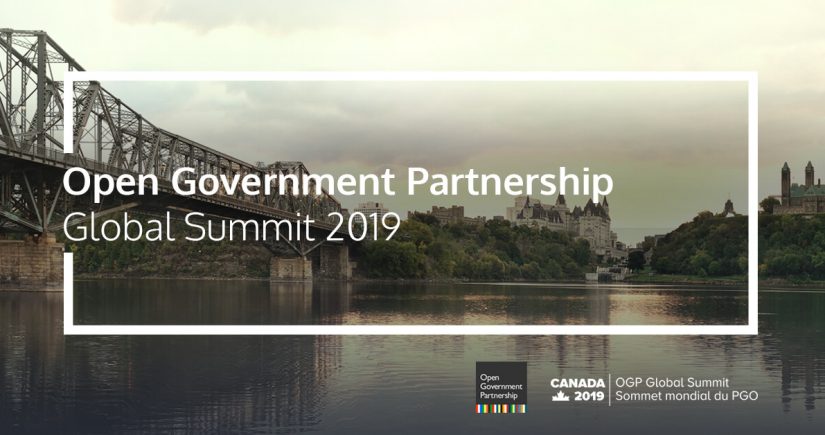 By Alfredo Cantero, CoST Board Member and President of the Honduras Transparency Commission, Government of Honduras.

Next week CoST will join thousands of open government advocates at the 6th OGP Summit in Ottawa, Canada. During the week, 99 OGP member countries and local governments alongside civil society, the media and private sector will share knowledge and create solutions for more transparent government worldwide. The Summit is a key feature on CoST’s calendar and we are delighted to have featured prominently on its agenda in past years. A particular highlight was CoST Honduras and CoST Malawi receiving an Open Government Award at the OGP Summit in 2016, which set us en route to forging closer relationships with our valued partners such as OGP, aware of how we could mutually reinforce each other’s goals.

This year we wanted to do something different at the Summit – to use the benefits of so many open government advocates being in one space, to build on partnerships previously established with a number of them, and importantly, to ring true of the Summit’s aim of ‘together creating solutions.’

On Wednesday 29 May, ahead of the official Summit opening, CoST will convene representatives from sub and national governments at a workshop looking at CoST and OGP complementarities, namely, how CoST can be incorporated into OGP national action plans.

I will be honoured to join a high-level panel at the workshop to focus on the CoST Honduras experience of how this has been done. Fellow panellists will include H.E. Yama Yari, Minister of Public Works, Afghanistan, Kelvin Chirwa, Chief Executive, Malawi Economic Justice Network and Tonu Basu of OGP. Together the panel will show that through the adaptability and efficiency of the CoST approach, CoST has seen real impact, even in the most challenging of environments.

Since joining CoST in 2014, Honduras has developed a highly innovative approach to implementing the initiative based on OGP principles and the CoST experience in public contracting and citizenship participation has been referenced within Honduras OGP action plans for 2016-2018 and 2018 – 2020.

Some of the innovative methods used by CoST Honduras included enhancing transparency by establishing a Presidential Decree that mandated data disclosure in the CoST Infrastructure Data Standard (CoST IDS) format, using technology to develop the highly successful online disclosure platform, SISOCS where data from almost 1300 public and PPP infrastructure projects has been disclosed to the public, and improving citizen participation, such as by training 250 municipal Citizen Transparency Commissions to empower communities to use infrastructure information and monitor projects. Such has been the success of this latter activity, that I’ll be focussing on it in a lightning talk CoST-Hivos Session on Day 1 of the Summit.

The Honduras example is just one of many in which CoST members have used the initiative to support OGP commitments and Action Plans. One of CoST’s most recent members, Sekondi Takoradi Metropolitan Assembly, Ghana used CoST as a means of addressing a specific commitment in its Second OGP Local Action Plan, which includes the development of an Information Platform for Public Infrastructure portal to help disclose data on public infrastructure projects in the region. Its CoST membership was announced during OGP’s open government week at an event focussing on the Action Plan.

In 2016 CoST Ukraine published a report as part of the CoST assurance process, highlighting key issues of concern on a review of data from over 120 public road reparation contracts with a value of US ($)119 million. The Ukraine Government had agreed to participate in the review as part of its 2016-18 OGP Action Plan. CoST Malawi supported the Government of Malawi’s National Action Plan commitments on public sector reform.

Next week our workshop will explore how CoST may support OGP commitments in new countries in different ways. Welcoming representatives from sub and national governments across four continents from varying contexts, we will look at the unique approach of CoST and how it doesn’t take a one-size-fits-all approach, including how its core features can be adapted and its tiered membership options tailored to suit situations on the ground.
To explore the applicability of CoST in the contexts represented in the room, we will welcome participants to share their experience and challenges they have or will likely face in enhancing infrastructure transparency.

Whilst we acknowledge there are challenges, the workshop will effectively demonstrate the value of joining up approaches and adapting to circumstances to meet these. And that even in the most challenging environments – in a conflict-affected state such as Afghanistan, a post-reform Honduras or working through the Cashgate Scandal in Malawi – the greatest hurdles can be overcome.

If you are interested in advancing infrastructure transparency in your country, express interest to join our workshop or meet us during the OGP Summit 2019 via: cost@infrastructuretransparency.org.