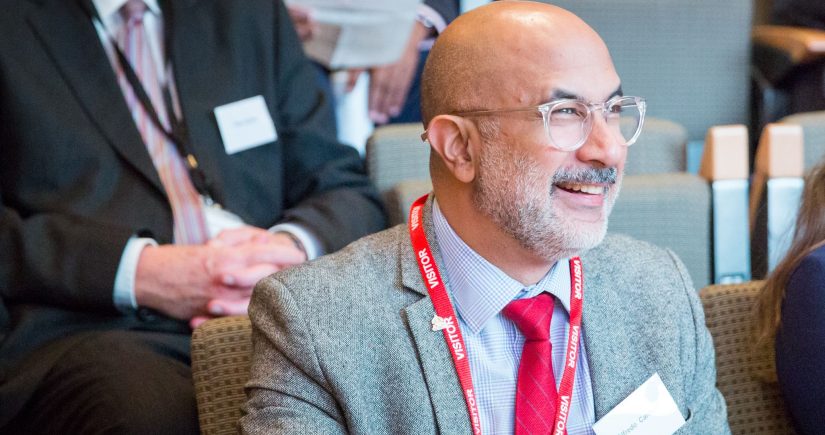 We recently reported the sad and untimely death of CoST Board Member Alfredo Cantero. CoST Chair, Chrik Poortman reflects on Alfredo’s motivations, his contribution to CoST and the impact he had on those he worked with.

If you’re planning a political career, positioning yourself to challenge corruption and vested interests probably isn’t the best way to go about it. It certainly isn’t the easiest. Alfredo knew this as well as anyone, but it is the path he chose and his choice helps to explain the type of individual he was.

Alfredo became involved in CoST in 2014 whilst he was working in the Office of the President as the Director for Special Projects and Head of the Strategic Delivery Unit. Honduras was still reeling from the impacts of the 2009 Constitutional Crisis that included a political coup, mass demonstrations and an increase in political violence. The Government of President Juan Orlando Hernández had been elected in 2013 and Alfredo was amongst the senior officials charged with rebuilding public confidence in the political system.

Alfredo immediately appreciated the opportunity that CoST presented to help strengthen accountability and build trust between citizens and Government. He knew that it wouldn’t be easy.

Hondurans are the first to acknowledge that their country faces major challenges in transforming its institutions. However, Alfredo saw the crisis as an opportunity to introduce reforms that in other circumstances would be likely to attract fierce resistance.

Alfredo played an instrumental role in the early stages of CoST Honduras. This included developing its application to join the programme and convening the multi-stakeholder group (MSG). One of the most important tasks in this early stage is building trust between the stakeholders involved and Alfredo played a leading role in the workshops that were convened for this purpose.

When for example civil society expressed concerns about the commitment of Government, he explained that by participating in the MSG, Government was committing to share responsibility with civil society to deliver reform. When business expressed concerns about commercially sensitive information being disclosed, he reassured them that to do so would be against the public interest and that the Government was committed to promoting competition. Through this process, not only did the stakeholders come to trust Alfredo, they also came to trust each other.

These early efforts paid dividends and CoST Honduras made very rapid progress. This included institutionalising CoST so that disclosure and assurance became mandatory. It also included establishing the innovative SISOCS disclosure platform and training 90 citizen transparency commissions in its use. Not surprisingly, these efforts attracted international attention and in 2016, CoST Honduras won a coveted Open Government Partnership Award for its efforts. Inevitably this success was the result of a team effort, but Alfredo’s contribution was significant. He worked tirelessly, often behind the scenes, opening doors, winning support and removing obstacles. It was of no surprise to those that knew him when in 2017 he was appointed Presidential Commissioner of Transparency, with Ministerial rank.

Alfredo joined the CoST Board in 2015. He brought a politically savvy perspective to our deliberations and was always at pains to examine how policy made at the Board level would appear to those responsible for implementing it at the national level. For those of us who worked with him, he will be remembered as much for his sense of fun and adventure as for his professionalism.

After a CoST Board meeting in Malawi for example, Alfredo persuaded CoST Malawi Country Manager, Lyford Gideon to take him on a bush safari. Well versed in such expeditions, Lyford went equipped with his rifle for protection and his urbane travelling companion was suitably impressed by the breath-taking scenes before him. Or at least he was until their paths crossed that of park rangers who detained them on suspicion of being poachers. This misunderstanding was quickly resolved and what in reality was probably a very tense situation, was retold by Alfredo in the style of a ‘boys own adventure’ with much self-effacing good humour and expressions of gratitude to Lyford.

These are the qualities that Alfredo will be remembered for: professionalism, kindness, intelligence, good humour and a sense of adventure. Underpinning them all were his strong principles. Alfredo achieved high-office through his work on challenging corruption and vested interests. Such an approach is not for the feint hearted, particularly in a challenging environment like Honduras. He chose this approach not because it was the easy thing to do, but because it was the right thing to do and that is why we will miss him so much.

Since announcing Alfredo’s untimely death, we have been inundated with expressions of condolence. We would like to acknowledge those from Hayley Sharp, Rory Moody and Mark Harvey at DFID; Marcela Rozo and Alex Habershon at the World Bank; Gavin English at FIDIC; Paul Jowitt at Engineers Against Poverty; David Cornish, Justine Davila, Eddie Rich and David Odhiambo at Crown Agents and Frank Kehlenbach and Per Nielsen at European International Contractors.