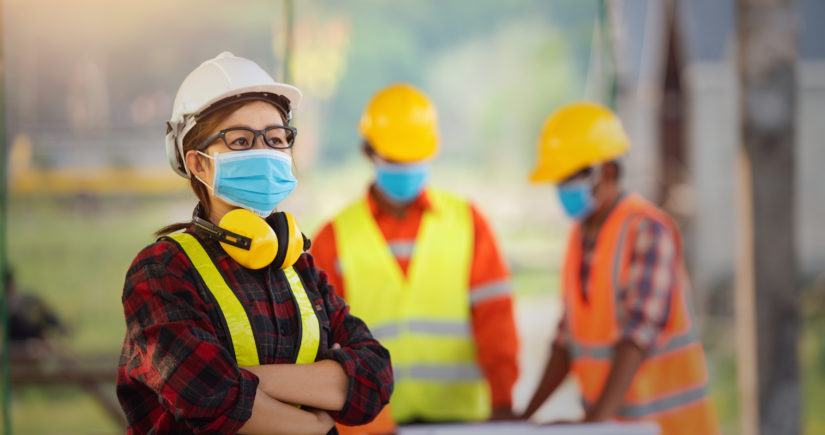 NGOs from around the world have come together and published an open letter that makes an appeal to providers of development assistance, to continue support for transparency, accountability and open government in the aftermath of the coronavirus pandemic and the global economic crisis. CoST Executive Director Petter Matthews explains why this message is so important.

The coronavirus pandemic is testing public institutions, corporations and many of our long-held beliefs. Some will undoubtedly collapse. Others will struggle but survive and some will emerge even stronger. What are the prospects for transparency and open government as we move into recovery? Will we eventually look back on the period preceding the pandemic as the high point of commitment to transparency? Or will the pandemic be the disrupting influence through which transparency becomes permanently established? Only time will tell and if we take stock now, whilst still in the early stages of the recovery, developments have highlighted both the power and the fragility of transparency.

In the infrastructure sector, the power of transparency was demonstrated by those who recognised the risks associated with the emergency procurement procedures that were used to deliver vital infrastructure in the immediate aftermath of the pandemic. They moved quickly to introduce transparency measures aimed at safeguarding those investments against waste and corruption.

Unfortunately, there were also numerous examples of emergency procedures being applied without the necessary safeguards and the results were predictable, such as in Slovenia where approval was given to bids worth tens of millions of euros which bypassed open tendering measures. It has been reported that the largest of these deals benefitted a powerful businessman with investments in gambling and real estate, but no known experience in healthcare.

The fragility is being demonstrated by cutbacks in funding for transparency initiatives. Whilst the data has not yet been compiled, many NGOs are reporting that their budgets are coming under pressure and that they are having to consider cuts to their programmes.

These cutbacks are a result of programme reviews being undertaken by providers of development assistance. They need to prioritise the response to the pandemic and have to identify the resources from amongst existing commitments.

They are also the result in some cases, of reductions in Official Development Assistance where the amounts available are linked to economic performance. In the UK for example, the economy contracted by around 20 percent between March and April. So at a time when humanitarian and development needs are increasing, the UK’s ability to respond is declining.

In these circumstances, reviewing expenditure and shifting priorities to protect lives and improve resilience is essential and the 80+ NGO representatives that signed the recent open letter support this process. They do however challenge the idea of it being a zero-sum game where funders have to choose between responding to the pandemic or continuing support for transparency. There are two key reasons for this.

The first reason is pragmatic. As described above, transparency in infrastructure delivery, particularly where emergency procurement procedures are being used, is about reducing inefficiency and saving money. Spending on transparency from this perspective is not a cost, it’s an investment.

Further evidence of the cost-saving potential of transparency was provided recently by CoST Thailand. The Thai Ministry of Finance have attributed savings of $US 360 million to its involvement in CoST and the deterrent effect of greater transparency on the behaviour of public officials and firms bidding for infrastructure contracts. The point is that improving transparency requires up-front investment, but the resources required are insignificant when compared to the potential savings.

The second reason is normative. We shouldn’t think of transparency as just a policy or an approach as it is much more than that – it is a fundamental principle. Policies and approaches are constantly under review and revised in the light of experience. Principles in contrast are deeply held, enduring, and whilst they are not fixed or unalterable, changes to principles only occur over long periods of time.

In the same way that responsible governments wouldn’t undertake an infrastructure investment without considering its environmental impact or without proper regard for the health and safety of the workforce, no government should be investing in infrastructure without specifying in advance the measures in place to ensure transparency and accountability. To do so is a derogation of their responsibility to be accountable to citizens and to protect the public purse.

However, the cutbacks in support for transparency show that despite its demonstrated efficacy, transparency is not yet established as a fundamental principle in the mainstream. The commitment of many providers of development assistance, whilst serious and well-intentioned, remains fragile and threatened by shifting priorities.
No one can blame funders in the current circumstance for asking when it comes to transparency, where the benefits might only be realised in the long-term, can we afford it? Governments are asking the same question and its significant that the overwhelming response from governments involved in CoST, many of them global leaders in infrastructure transparency, seems to be, ‘we can’t afford not to’.