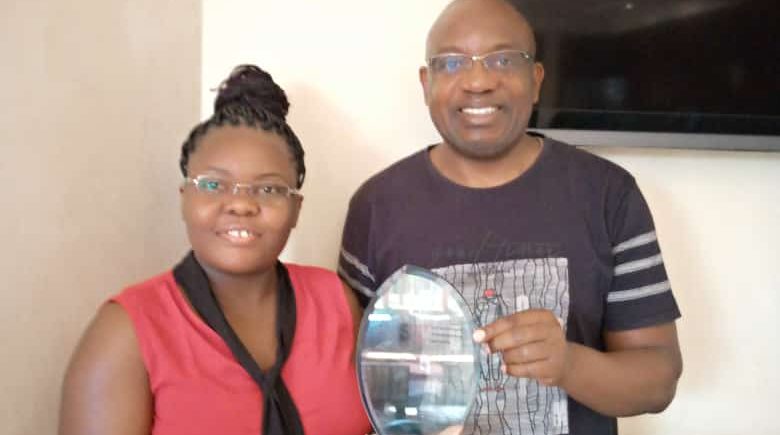 CoST, the Infrastructure Transparency Initiative, announced on Monday 31st October , its Uganda chapter as the winner of the Alfredo Cantero 2022 award, in recognition of its efforts to promote transparency, citizen participation and accountability to improve lives through infrastructure.

The recognition was announced during a private virtual ceremony, attended by more than 40 representatives from across some of CoST’s 19 members and affiliates

In their winning speech, CoST Uganda said “We are very thrilled to win the very first CoST International Award in memory of a noble infrastructure transparency global advocate, Alfredo Cantero. This award goes to you all stakeholders, Government, Private Sector and Civil Society and Citizens of Uganda. hank you CoST International for this noble recognition. We are more than re-energized to implement infrastructure transparency in Uganda and to share our experiences across the CoST family”.

An honorable mention was given to the Thailand chapter for its success in implementing CoST’s mission through its outreach, assurance and social responsibility approach.

This is the first edition of a new annual award, named in honor of Alfredo Cantero, a founding member of CoST Honduras and a worthy representative of the Honduran government to the Multistakeholder Group (MSG).

Cantero played a leading role in giving a voice to the citizenry to demand accountability and transparency not only in infrastructure projects, but at all levels of public affairs, a struggle championed by CoST Honduras and the Board of Directors of CoST International, of which he was a member.

With the annual award, CoST remembers and honors the memory of Alfredo Cantero for his praiseworthy work in favor of transparency, accountability and citizen demand.

“I want to thank CoST International for this tribute to Alfredo Cantero. It means honor and comfort to the family and his beloved people. The struggle of Alfredo and young people like him is difficult, young people who believe that the principles and moral virtue of citizens are decisive for the future of humanity, in this specific case for our Latin American continent and our beloved homeland Honduras”, declared Emelisa Callejas, Alfredo Cantero’s mother, during the virtual awards.

She added “it is important to internalize that the struggle for transparency is a challenge for two reasons: the first is obvious, we will not develop our people if public funds are misused for the pleasure and security of a few while the majority does not have access to even one nutritious meal a day. The other problem that is even more complex and I saw how it struck Alfredo down is that our nation has lost hope and faith that we are going to achieve transparency and eliminate corruption in Honduras. And that emotional struggle is exhausting. We must rescue that lost hope in our people. It is that faith that we can move mountains. We all understand that the road is long and cumbersome but we must believe that it is possible. And CoST’s’s programs have confirmed it. I invite everyone to keep going”.

The panel of judges for the Alfredo Cantero Award 2022 was made up of Marcela Rozo, Senior Public Sector Specialist for LAC at the World Bank; Claire Schouten, CoST Board Civil Society Representative, and Hamish Goldie-Scot, CoST Technical Adviser.

In addition to a trophy and a digital prize, the winners will be featured in an article on the CoST International website.