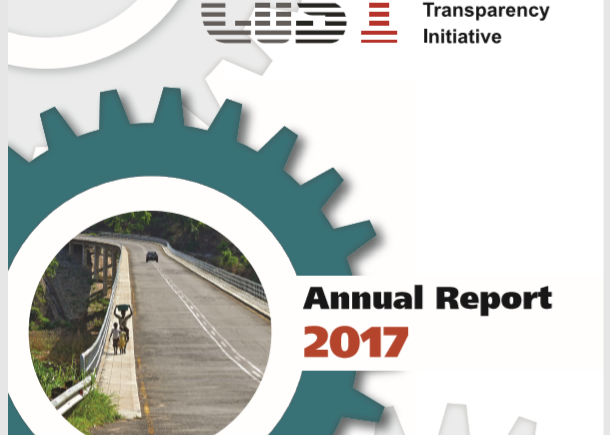 Today we publish our Annual Report 2017 which demonstrates how our global impact has been significantly deepened at low cost, with major success seen across our core features of disclosure, assurance and social accountability. We helped to promote data disclosure on 6,356 infrastructure projects – a 67% increase on the amount published in 2016. Sixty-five infrastructure projects were independently reviewed – more than double the amount in the previous year. And we provided training and built the capacity of 2000 individuals from civil society and the media, government and the private sector who participated in over 80 CoST events worldwide.

The Annual Report captures our main achievements and explains why the scale up of disclosure, assurance and social accountability is so necessary. Ultimately, it has led to hundreds of decision-makers understanding they will be held to account and their decisions subject to a new level of scrutiny. In practical terms we point to actions which affirm this understanding and to name just a few these include, the repair of a defective bridge used by many ordinary citizens in Ukraine, improvements to road designs reducing flood risk to homes and businesses in Uganda and the cancellation of a road toll project in Honduras which would have caused a great burden on taxpayers.

The results and impact we had in 2017 required us to develop and move into new key areas, such as innovation through online platforms which had a major impact on disclosure levels, furthering reform efforts through legal mandates on disclosure, research on countries in which we could have a big impact and partnerships across two different communities – the open government community and the infrastructure governance community – with us helping to bring these two together for better open infrastructure outcomes.

Our report details the extent and full impact of our work in each these areas and here are just a few key achievements relating to each area:

There is a lot for us to be proud of in 2017 and whilst celebrating we recognise that there is much more work to be done, including expanding to many other countries where open data in infrastructure is an ongoing issue. Additionally, as efforts to address the growing infrastructure deficit focus on new areas, such as public-private partnership investment advocated in particular by the G20, we will also need to work hard to ensure these projects are subject to scrutiny.

We are excited by the prospects that CoST and other initiatives can offer to overcome the challenges before us. The CoST future is one of opportunity to deepen our existing programmes, expand geographically and explore new areas. Some of the ways we are exploring these opportunities include introducing a new and more flexible membership model, launching an ‘Infrastructure Transparency Index’ and a new ‘Open Data Standard for Infrastructure’ in partnership with the Open Contracting Partnership, bringing more high-income countries into the programme, and working with new and existing international partners to strengthen PPP project transparency and accountability. With this in mind, we are optimistic about the future and look forward to reporting further success next year!