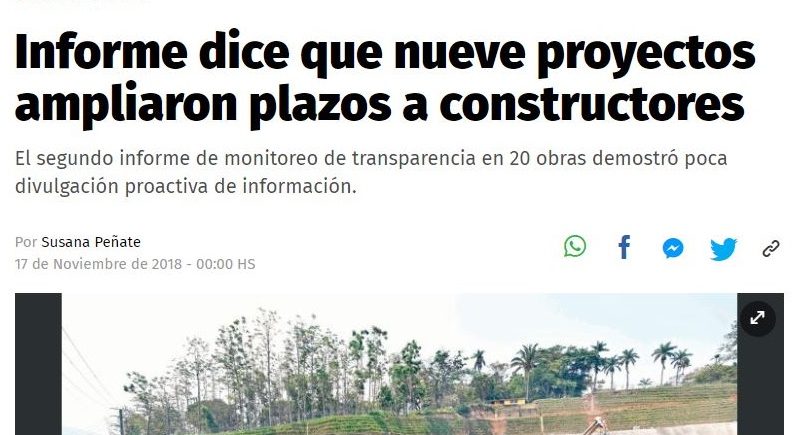 From 12 – 16 November CoST held its first Assurance Week, offering the opportunity for us to delve into CoST Assurance, explain its full benefits and focus on the assurance reports of five of our members published throughout the week. Each report launch took different formats but joined our core stakeholders to raise awareness on the key issues highlighted in the reports to prompt action and promote broader sector reform. One stakeholder group, the media, play a key role in catalysing this action, using various outlets to ensure the issues raised reach citizens. This can be shown by initial media coverage of Assurance Week below.