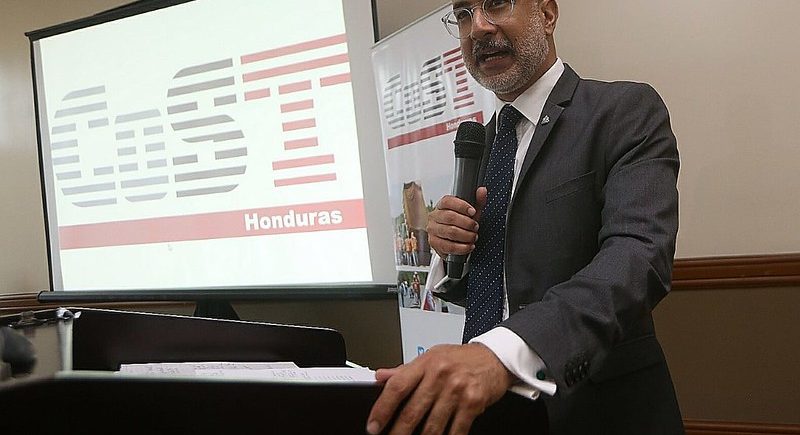 This month, Infrastructure Transparency Initiative (CoST) will celebrate the first edition of the Alfredo Cantero Award, an annual competition to recognize the efforts of its members and affiliates to promote transparency, citizen participation and accountability to improve lives through infrastructure.

The recognition, which includes one overall winner and honorable mentions, will be given to CoST members who implement successful and innovative programs, particularly if they work in risky environments.

The award was named in honor of Alfredo Cantero (1973-2019), who passed away on October 31st, 2019, a former Honduran Minister of Transparency who served as a government representative for five years on the CoST Honduras Multistakeholder Group and was a member of the CoST International Board of Directors representing the globally public sector.

Cantero played a leading role in the establishment of CoST Honduras in 2014, where he promoted tools and platforms to encourage accountability in government procurement and contracting, as well as for the opening of data, such as the Information and Monitoring System for Works and Supervision Contracts (SISOCS) and SISOCS APP, a platform for the disclosure of information on projects implemented under Public Private Partnership (PPP) mechanism.

With this Award, the International Secretariat of CoST highlights the work developed by Cantero in favor of transparency and accountability not only in Honduras, but worldwide, through his work as a member of the Board of Directors of CoST International.

Nominations involved a variety of CoST member and affiliate programs whose nominations represented the success of CoST’s mission through its focus on: disclosure, assurance and social accountability.

CoST designated a diverse, highly- qualified, and credible panel of judges to score the submissions. The judges included leaders in the open government space from government, civil society, academia, multilaterals, among others.

Winners will be announced in a private virtual ceremony on October 31st. CoST member and affiliate programs will receive a trophy and a digital award for use on their website and in other communications, as well as a Spotlight article on the CoST International website.

CoST works globally with members spanning four continents. In addition to working with CoST members at national and sub-national levels, CoST works internationally with a range of partners to share and promote experience and knowledge on transparency, participation and accountability.