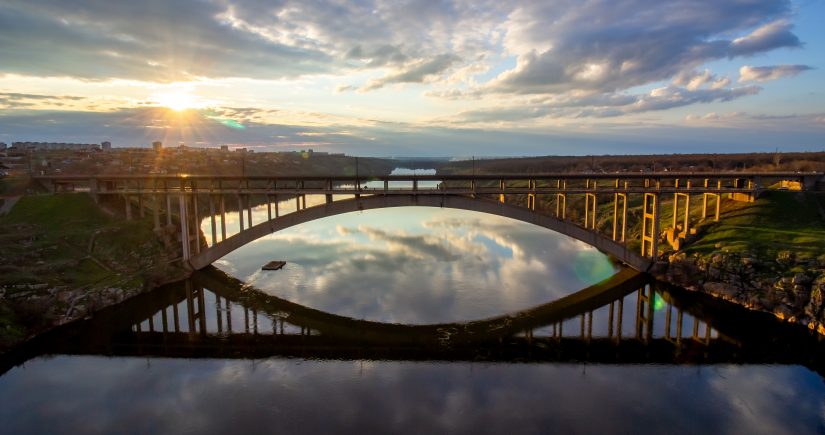 As the ITI methodology sets out, a score is generated for a sample of procuring entities in a national or sub-national context. The individual scores are then used to generate an Index that compares the evaluated procuring entities. An overall score is also provided for the country or sub-country level.

To generate these scores the ITI uses four dimensions with the first looking at the national or sub-national context and the remainder focussing on the procuring entities. They include: (i) the enabling environment for transparency (ii) processes and capacities to publish data (iii) ways of engaging citizens and (iv) information disclosure.

Through such scoring, procuring entities are encouraged to improve their position and performance. Furthermore, stakeholders from government, private sector and civil society can understand the relative strengths and weaknesses of the sector in their various contexts and help improve it.

After being successfully piloted in Guatemala and Honduras during 2019, the ITI was rolled out in Costa Rica, Honduras, Sekondi-Takoradi (Ghana), Uganda and Ukraine and their results are below.

Costa Rica’s sample was drawn from 30 large scale projects with the remaining 30 randomly selected. The majority of the procuring entities assessed came from autonomous bodies however the sample also included procuring entities from ministries, municipalities and a state public company.

One of the most significant results from Costa Rica’s ITI implementation is the country’s weak regulatory environment regarding access to information. For instance, there is no formal disclosure requirement for procuring entities to disclose information according to either the CoST Infrastructure Data Standard (CoST IDS) or the Open Contracting for Infrastructure Data Standard (OC4IDS). This impacts sharply on Costa Rica’s Enabling Environment score, the weakest area in the country’s ITI results. In addition, the procuring entities engaged by CoST often did not have specified personnel responsible for centralising information, which meant information collected to generate the ITI score was segregated and collected from several officials or departments, hindering information collection.

Costa Rica’s strongest scoring dimension – Information Disclosure – evaluates the amount of data and information disclosed by procuring entities on infrastructure projects according to the CoST IDS or the OC4IDS. Improvements in this area have occurred mainly in the information available at the project preparation stage and the acquisition and implementation of supervisory contracts. However, key areas pertaining to Information Disclosure are in need of improvement, such as environmental impact assessments and land and settlement impact assessments.

As a result of the low ITI score for Costa Rica’s Enabling Environment, a key recommendation is the implementation of formal disclosure requirement to ensure institutions publish information according to the CoST IDS and OC4IDS. In order to raise awareness of these standards, it is also recommended that training is provided to procuring entities on both standards.

As a next step, CoST Costa Rica recommends that the ITI is implemented on a biannual basis in Costa Rica so that the results are continuously monitored and improved, increasing transparency and efficiency in the management of the country’s public infrastructure.

Honduras’s overall score of 63.3% can be attributed to the country’s strong legislative environment around transparency and access to information, the availability of data on government portals and the mandatory implementation of the CoST IDS and OC4IDS amongst procuring entities.

For instance, the strong score awarded for Honduras’s Enabling Environment can be attributed to key legislation including the Public Procurement Law, the Law of Transparency and Access to Public Information, and Executive Decree PCM 002-2015, which requires the proactive disclosure of information on public procurement and public infrastructure projects. Honduras also has various centralised digital tools that promote transparency in public infrastructure, including SISOCS, Open Procurement Portal, the Ministry of Finance’s Open Data Portal, Honducompras 1.0 and 2.0 and PortalUnico.

Honduras’s lowest scoring dimension, Processes and Capacities (55.6%), highlights the need to build capacity amongst procuring entity staff regarding disclosure practises. The low score awarded for the sub-variable ‘’Control over infrastructure project disclosure’’ – which assesses the existence of disclosure control-mechanisms and their practical impact in improving disclosure – shows the need to further promote the use of platforms such as SISOCS across institutions.

Honduras’s Information Disclosure score shines a light on disparity in levels of published data across the project cycle. For instance, data is more readily available at the project identification stage (resulting in a score of 71.15%), however this drops sharply when it comes to project preparation (which scores only 38.27%).  As such, more needs to be done to encourage publication of data across the entirety of the project cycle. Meanwhile, Honduras’s score of 55.9% for Citizen Participation highlights the need to increase citizen participation in infrastructure delivery, by establishing permanent and inclusive channels to increase opportunities for participation in all the phases of the project cycle.

The ITI was applied at sub-national level in Ghana, including 15 procuring entities in the Sekondi-Takoradi region of Ghana and which saw an overall score of 21,60.

Among the four dimensions, the enabling environment recorded the highest score at 60.90, whereas in stark contrast information disclosure recorded a score of 3.69. This is a clear indication that the existing regulatory frameworks are not systematically adhered to at the sub-national level.

Capacities and processes recorded the second-lowest score at 16.17 and citizen participation recorded a score 20.40. Although there are enough provisions in the regulatory framework to give citizens many opportunities to play an active role in infrastructure delivery, these results show that there are limited entry points along the project life cycle for citizens to contribute and use the disclosed data to hold decision-makers to account.

In their individual ranking, all 15 procuring entities obtained ITI scores of less than 50. The Ghana Water Company Limited emerged first, with an ITI-score of 46.83 followed by the Sekondi-Takoradi Metropolitan Assembly with a score of 42.95. In contrast, Wassa Amenfi West Municipal Assembly and Nzema East Municipal Assembly recorded low scores of 2.08 and 0.74 respectively.

The overall national score for Uganda was 20.8%, resulting from an assessment of 60 projects implemented across the 30 procuring entities.

There is room for vast improvement across the four dimensions. The score for citizen participation stands at 13.8%, with citizens often not being involved in the planning and implementation of infrastructure projects, and the low score of 13.5% for the capacities and processes dimension also shows weakness in this area.

Information disclosure recorded a low score of 18.4%, and the majority of the data that is published is only done so across one stage of the project cycle. This shows that procuring entities have limited knowledge and use of open data standards which, once implemented, help to ensure a whole-life-cycle approach to disclosure. There are also notable inconsistencies in data publication, with data published sporadically across government portal websites and only one in five entities disclose data proactively (publication without official request). Finally, the enabling environment dimension was recorded at 41.4%, despite a mandate existing in Uganda on openness which benefits public good.

Diving further into the index generated for procuring entities, it is of note that three performed much higher than the remainder – the Kampala Capital City Authority, Uganda National Roads Authority and the Office of the Prime Minister – with scores of between 48 – 62. The majority of other entities assessed scored below 10.

Uganda can help meet the issues raised by the ITI through a stronger political commitment to infrastructure transparency, incentives and sanctions for noncompliance with the legal framework and means of strengthening citizenship engagement, such as through barazas (community events) which could be put in place for all projects.

Click to view the results on CoST Uganda’s interactive dashboard.

Ukraine’s score of 61 out of a possible 100 can be attributed to the country’s relatively strong legislative environment, methods of communicating data published on portals and the ongoing implementation of the CoST IDS and OC4IDS standards.

One of the strongest dimensions assessed was Ukraine’s Enabling Environment, which concerns the legal and regulatory framework for transparency. In particular, Ukraine’s access to information regulations – and sanctions over non-compliance with these mandates – is an area of strength. In some instances, the promotion of access to information is initiated by the procuring entities themselves, as it allows them to attract funding and increase levels of trust in their activities. However, some procuring entities neglect this area due to the existence of government-led data platforms such as Prozorro and the Unified Portal of Public Spending.

Diving into Ukraine’s score for Information Disclosure gleans light on where and what type of information is available throughout the project cycle. For instance, data is more readily available at the procurement stage which results in a score of 100 for this indicator, however this drops sharply when it comes to the project preparation stage (22) and the disclosure of information such as environmental impact (0). One area of weakness as identified by the ITI methodology is that of citizen involvement. This is the lowest dimension out of those assessed, due in part to the role played by procuring entities in procuring works and services as opposed to initiating projects and consulting citizens at this stage.