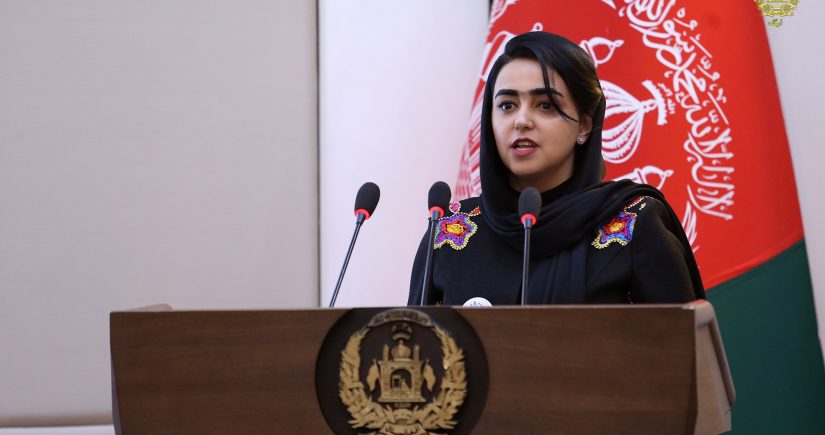 March 8th is International Women’s Day, which celebrates the social, economic, cultural and political achievements of women around the world. To mark International Women’s Day 2020, CoST talked to Foman Forough about her experience as the only female member of CoST Afghanistan’s Multi-Stakeholder Group (MSG) and working as an Adviser to Afghanistan’s Minister of Energy and Water.

Could you provide us with some information about your background – where did you grow up and what drew you to a career in engineering and infrastructure?

My family emigrated to Iran during the wars because the education of their children was their priority, especially their daughters. The year that the Taliban regime fell, I finished my primary education in Iran and returned to Afghanistan with my family.

I finished my elementary and high school studies at Goharshad Begum Herat School and started my education in the Faculty of Engineering at Herat University. This was the first step towards fulfilling my dreams and being in this environment gave me the motivation to succeed. Since childhood, I’ve been interested in building things and I’ve always wanted to know how things work. There were a limited number of girls studying engineering at my university, but the lack of girls and the masculine environment didn’t stop me from studying in this field. I continued my efforts and graduated with the highest degree among my classmates and proved to myself and those around me that being a girl is not a limitation. I continued my education with a master’s degree in hydraulic structures and graduated with top grades, and I now work in the Ministry of Energy and Water.

What are the main challenges you faced during your career pathway and how were these overcome?

In Afghanistan being a female engineer is difficult because it is so unusual. People think that you are not able to do what men do in the same field. When I graduated from civil engineering I worked as a structural designer and project coordinator and all of my colleagues were men. At first, communication was difficult between us but after a while we got to know each other and became friends.

The main challenges began when I started working in the Ministry of Energy and Water, because I stepped into an entirely male environment. When I applied for the position as a Hydraulic Structural Design Specialist I was the only female candidate taking the entry exam. I passed the exam successfully and started working at the Ministry.

Despite being qualified for my position, my male colleagues were often given preferential treatment over me. It made me feel uncomfortable, but that didn’t stop me from wanting to progress in my career, because I believed in my own abilities. Now, I work as an adviser in the Ministry of Energy and Water and have the trust of all my colleagues. I’m involved in decision-making and they know that any task I am assigned will be delivered correctly and on time.

Engineering is a male-dominated profession across the globe. What has been your experience of working in this field in Afghanistan?

Engineering is an especially male-dominated profession in my country. In Afghanistan, it is highly unusual to see a female who studies engineering, let alone one who works as an engineer. At first, my male colleagues regarded me as different, lacking in qualification. I was knowledgeable but I needed experience as it was my first job. This inexperience and negativity from my colleagues made it was really hard to succeed. But I believed in my potential and that the situation would improve. Over time it did and I proved myself and my abilities to my colleagues. And I am so glad I didn’t give up in that tough situation.

You sit on the CoST Afghanistan MSG which is male led. How have you found this?

At the Ministry all my colleagues are male and I often attend meetings as the only female so I’m used to this situation and being the only female is not something new to me. Fortunately, I have fabulous co-workers on the MSG who are kind and respectful to me.

CoST Afghanistan engages women in infrastructure via civil society outreach and workshops. What are the programme’s plans for increasing this engagement in the future?

In the years following the fall of the Taliban regime, female involvement in civil society has been on the rise. Women are eager to make their own decisions. As a member of CoST Afghanistan MSG, I am interested in engaging women in this field. I want to hold the workshops and seminars with the help of CoST Afghanistan which will increase the knowledge of women in infrastructure. Half of the population of Afghanistan is female, so it is important for this half of society to understand its importance. As we know, better lives come from better infrastructure. The CoST Afghanistan MSG also plans to increase the number of female members on the MSG and these efforts are commendable.

In your view, what one thing would most benefit the infrastructure sector in Afghanistan?

My view on this was quite different before I joined CoST Afghanistan. Before this, I thought it was most important to invest more in human and financial resources and modern technology. But after joining CoST Afghanistan I realised that if there is corruption and a lack of transparency in project delivery, any infrastructure development will be ineffective and create a huge loss of public money. So one of the most important factors in Afghanistan’s infrastructure development is transparency throughout the entire project cycle.

Finally, what advice would you offer young girls in Afghanistan and beyond, who want to embark on a career in engineering and infrastructure?

My advice to young girls is to always believe in yourself, to believe in your abilities and your potential. You absolutely deserve to do as you wish. Your gender is not a barrier to success, but a strength.