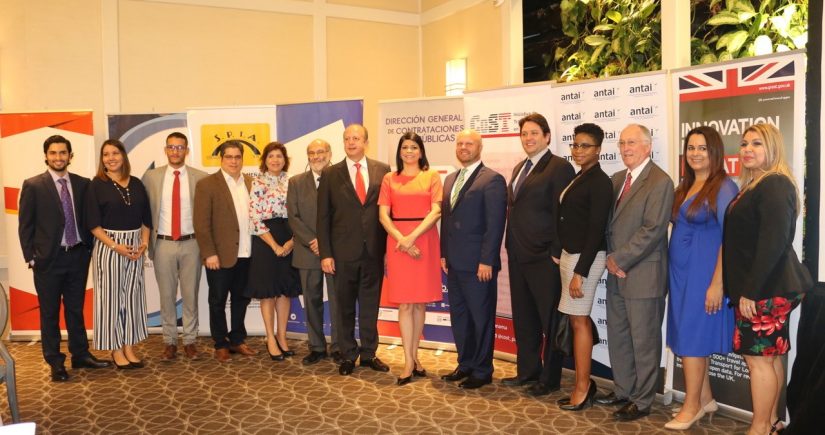 CoST Panama, together with the National Authority of Transparency and Access to Information (ANTAI), has launched a new data disclosure platform for public infrastructure projects. The new platform ‘PanamaenObras’ will support the PanamaCompra portal, which currently requires 11 items or data points of the CoST Infrastructure Data Standard (CoST IDS) to be disclosed for each project. In comparison, PanamaenObras requires the full 40 indicators of the CoST IDS to be disclosed, ensuring that more information on projects will be disclosed across the project cycle – from planning to implementation to completion. Over recent years online disclosure platforms established by CoST members have proved an invaluable tool in promoting data disclosure in line with the CoST IDS. They have played a key role in the increase in data disclosure we have seen in the past year, in 2018 data was disclosed on 11,303 infrastructure projects in our countries of operation (a 77% increase on the amount disclosed in 2017). They also help to centralise data and help citizens to see where public money is being spent in real time.

In addition to technological innovation, CoST helps to facilitate the reform of legal frameworks – an important step towards systemic change. CoST supports the introduction of legal mandates that make the disclosure of data in the CoST IDS format mandatory.

For the launch of the platform, CoST Panama brought together key stakeholders from civil society, the private sector and government at an event in January. This included high ranking members of the Panamanian Government as well as presidential candidates José I. Blandón and Saúl Méndez. Currently the Municipality of Panama, the Institute of Aqueducts and Sewerage National (IDAAN) and the Ministry of Economy and Finance (MEF) are participating in the pilot scheme on a voluntary basis. Director of IDAAN, Juan Felipe de la Iglesia, explained that the decision to become involved in the pilot scheme was taken to improve the efficiency of the US$1.2billion which is being invested into infrastructure over the next five years.

Whilst the pilot initially involves 17 projects, a recently established legal mandate means that disclosure on PanamaenObras will soon become mandatory for all government entities. Angélica I. Maytín Justiniani Director General of ANTAI, told La Prensa newspaper that as this type of initiative requires continuity by the State, governmental bodies now have six months to start using the platform.

Speaking for CoST, Regional Manager for Latin America, Manuel González said that “the new platform marks a decisive step for open government and open data” and commended that citizens will now have easy access to information.

Presidential candidate for the Panameñista Party and mayor of the capital, José I. Blandón, stressed the importance of a system that reports “from the beginning and not only when the work is already tendered”. He added that it will now be possible to evaluate, “whether the desired impact of the project was achieved or not”. The candidate for the Broad Front for Democracy (FAD), Saúl Méndez, also stressed that “everything that is necessary to fight corruption should be welcome”.

CoST Panama is now conducting training sessions to build capacity and increase awareness of the platform: it has launched several initiatives to support this, some of which have been inspired by similar measures taken by CoST Honduras. One such step has been to open a School of Social Accountability, which will train citizens to analyse a project’s social performance and create social accountability reports. CoST Panama will also launch a diploma in investigative journalism to promote journalism as an accountability tool, as well as holding capacity building sessions for community leaders and citizens across the country.