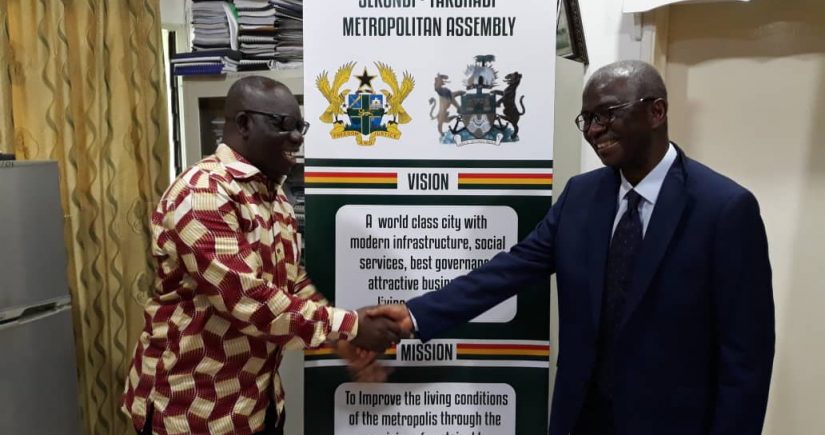 Today Sekondi-Takoradi Metropolitan Assembly (STMA), Ghana announces its membership to CoST. In doing so, it becomes the first sub-national government to join the initiative and demonstrates its seriousness to committing to the Open Government Partnership (OGP). Its CoST membership is announced as part of Open Government Week (11 – 17 March) where many advocates around the world showcase their Open Government commitments.

CoST is the leading global initiative promoting transparency and accountability within public infrastructure. Its approach focusses on encouraging data disclosure on infrastructure projects, turning this data into compelling information, and putting issues of concern in the public domain. Empowered with information on how money is being spent on public infrastructure, citizens can demand more from decision-makers. More broadly, sector reforms can ensue and trust is built.

After reviewing the characteristics, principles and applicability of CoST and engaging interest from relevant stakeholders from across government, the private sector and civil society – which is intrinsic to CoST’s multi-stakeholder feature – STMA recently made its application to CoST.

Today in STMA, participants join an event attended by key government representatives including the Mayor of STMA, Anthony KK Sam and its City Manager alongside others from the private sector and civil society to focus on STMA’s progress towards its Second OGP Action Plan and where its  membership to CoST is announced. Participants will hear from CoST Vice Chair, George Ofori on the benefits likely to be brought to the region through greater infrastructure transparency and accountability.

Mr Ofori said: “We are delighted to welcome Sekondi-Takoradi as our latest member to the initiative, joining others around the world who have seen the huge benefits CoST can bring for citizens, the private sector and government.

Regardless of their different contexts, our members have enabled action to be taken on poorly planned infrastructure projects. Some examples of this include enabling a US$3.5 million saving on upgrading a major road in Ethiopia which now provides a lifeline to hospitals, schools and the local economy or helping to cancel a project on the Belize Bridge, Guatemala which saved the potential miss-appropriation of US$5 million.”

Joining CoST also complements a specific commitment in STMA’s Second OGP Local Action Plan, which focusses on the development of an Information Platform for Public Infrastructure portal to help disclose data on public infrastructure projects in the region. As its programme officially begins, plans will be put in motion to further develop this key technological innovation as well as other tools used by CoST.

CoST experience has demonstrated the importance of online platforms to enhance data disclosure, its centralisation and improve accessibility to information by citizens. It is likely to have contributed to the spike in data disclosed in CoST countries over the past three years. Since 2017 alone, more than 17,000 projects have disclosed data via CoST platforms worldwide.