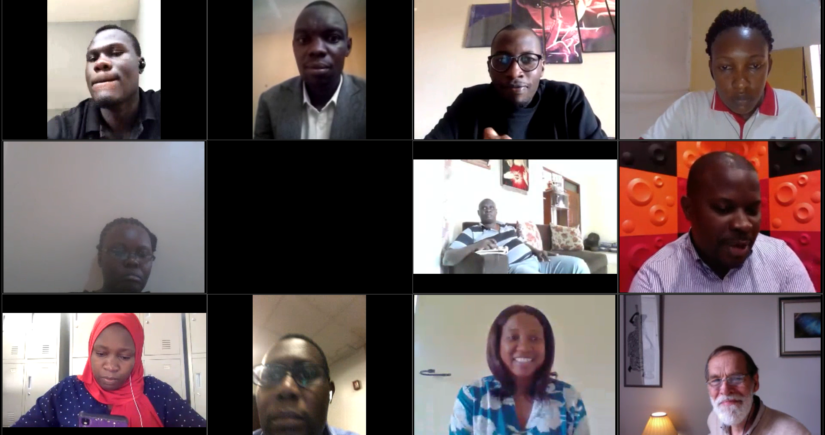 During a webinar hosted by CoST Uganda, the government has been urged to embrace access to information and disclosure to enhance infrastructure transparency. The webinar, which explored the role of the media in strengthening transparency, brought together participants from Africa, Asia and the UK to deliberate the key challenges faced by journalists developing infrastructure stories during times of crisis.

The conversation comes at a time when Uganda is faced by not only by COVID-19, but also flooding which has impacted communities across the country, washing away bridges, roads and buildings. In Kasese district in Western Uganda, over fifteen schools, several homesteads and Kilembe Hospital – much needed health infrastructure during the pandemic – have been destroyed.

The webinar was moderated by Andrew Kyamagero, a senior investigative journalist at NTV Uganda. It featured speakers from across government, the media, private sector and civil society.

Increasing media capacity around infrastructure issues is a major tenet of the CoST core feature of social accountability, which recognises the crucial role played by journalists in keeping these issues in the public domain. Throughout the meeting, a number of factors were raised by journalists which impact their ability to do just this: they cited a lack of sources, poor relations with the government, insufficient capacity to investigate stories, and a lack of understanding around infrastructure  more generally.

A number of key points emerged to counter these issues, and facilitate better collaboration and exchange of information between the government and media. Amongst these was an announcement from the Ministry of Health that it would disclose all information around COVID-19 procurement on the Government Procurement Portal, and will supply the media with copies of these contracts to support reporting.

This is a welcome commitment, which comes as the Ministry is in the final stages of procuring ICU beds and ventilators as part of the pandemic response. CoST Uganda has established a tracking mechanism to monitor all procurement made during the pandemic and will hold the government to account by issuing statements based using the tool every two months.

The webinar sparked news articles in outlets including Shift Media and Press UG. To maintain momentum and continue building the relationship between government and media at this critical time, CoST Uganda will now hold monthly webinars between journalists and government officials. Building trust and capacity on both sides will ultimately ensure that the public – whose need for safe and resilient infrastructure has never been stronger – remains informed and engaged on developments in the sector.