This study, commissioned by the CoST, traces anti-corruption initiatives that have been in place in the Philippine construction sector for the past 20 years. It aims to document the Philippine experience in addressing corruption and draw out lessons that could be used for multistakeholder approaches in other countries.

The DPWH, the government’s engineering and construction arm, is the country’s “roads and bridges” office. It no longer enjoys a monopoly over public works, a task it shares with other departments, government corporations, and local government units, but it has consistently suffered from a poor public image because it is perceived to be one of the most corrupt agencies of government. The DPWH’s reputation and credibility over the years have suffered. Reports of misdeeds such as bribery, kickbacks, and collusion have tainted the DPWH’s name, and never fail to make headlines, especially since the sums of money involved run into millions of dollars. Philippine presidents as well as public works secretaries have invariably made it their priority to rid the DPWH of this bad image. They have instituted many anticorruption initiatives in the construction sector, in various forms and approaches.

But despite the numerous efforts over the past two decades, reform intervention and anti-corruption measures have been inadequate, selective, and weak. An anti-corruption effort within the DPWH is the Quality Assurance Unit (QAU) which would have been a potent reform measure, being intrinsic to the organization, and succeeding in penalizing a few errant DPWH personnel. But the QAU covers only a tiny fraction of public works projects, and its work hardly makes a dent in terms of ensuring that public funds are well spent. Also within the DPWH is a resident Ombudsman whose job is to receive and process complaints and misdeeds on procurement-related activities, among others. But complaints from observers are rare, and the process of filing complaints long, tedious, and discouraging.

Procuring and monitoring entities are still too weak to combat forces of corruption in the construction sector. This is aggravated by the culture of secrecy that still pervades the DPWH, where officials and employees continue to deny the public access to information and documents related to public works projects. However, the Freedom of Information bill that has passed third reading in the Senate may soon be enacted and will have a great impact on transparency in government. Stakeholders must grab the opportunity such a measure presents, if it is enacted into law.

This study was undertaken by Procurement Watch Inc. (PWI), a Manila-based non-profit, nonpartisan civil society organization whose mission is to enhance transparency, accountability, and efficiency in public procurement through a multisectoral, constructive, and procedure-focused approach. For this project, PWI worked with a team of policy experts and journalists experienced in investigating corruption and studying political, legislative, bureaucratic, and grassroots processes. 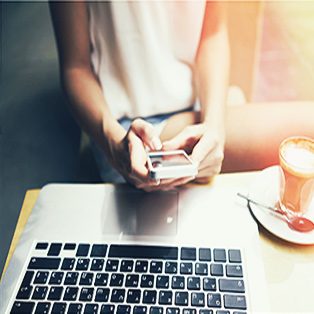