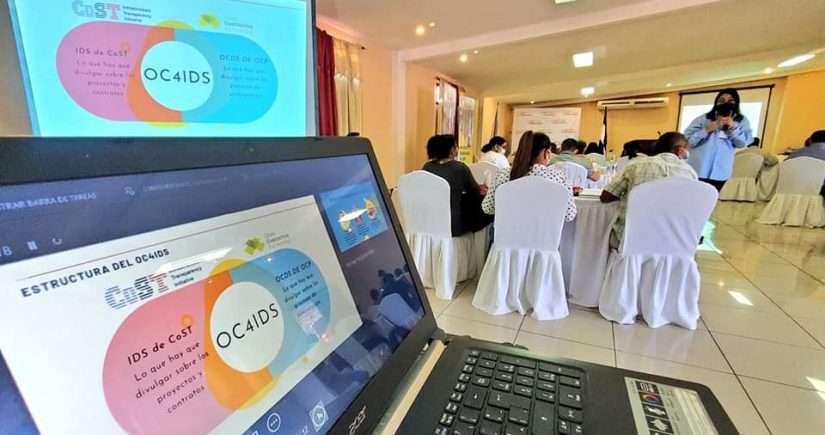 Transparency in infrastructure allows  monitoring of the public resources to be used efficiently in favor of the population. CoST International, through its chapters in Latin America (LAC), promotes initiatives that allow citizens to have accessible, reliable and timely information.

In addition, it standardizes the approach to data disclosure through the use of online platforms, encouraging the centralization of data and allows it to be available in “real time”.

All this information is available on the digital platforms of the different CoST chapters, data that is evaluated in the Assurance Reports, which are publicly presented to governments, donors, private enterprise, civil society, the media and citizens.

In addition to these initiatives, CoST chapters in Latin America have undertaken relevant open data projects.

The idea was to promote knowledge about the current regulations that provide guidelines for compliance with the international open data standard for infrastructure.

In Honduras, CoST promotes the School of Social Auditing in Infrastructure (EASI) and launched, together with the Honduran government, the Information and Monitoring System for Projects and Supervision Contracts (SISOCS), which publishes and disseminates relevant information on the planning, procurement, contracting and execution processes of public infrastructure.

SISOCS makes it possible to monitor the entire life cycle of public infrastructure projects, from the time they begin until they are received to satisfaction, including works maintenance projects.

For its outstanding contribution in supporting citizens in the use of the information disclosed in the SISOCS system, CoST Honduras won third place worldwide in the 2016 Open Government Awards.

It is also highlighted that CoST El Salvador and CoST Panama received the SISOCS open-source code which allowed them to develop similar platforms to promote open data in infrastructure.

CoST International actively participates in the operation of a consultation platform on public procurement and public works data in Mexico City, within the framework of the Open Data City Network, which also incorporates the Transparency Institute of Mexico City, government institutions and civil organizations.

CoST Ecuador is committed to open government and has developed two important platforms to encourage citizens to use open data. The challenge now is to communicate the availability of the tools, to spread the knowledge of their existence to each citizen.

CoST International also has played a leading role sharing experiences and participating as an actor of change and as partners of the Open Government Partnerships (OGP), with whom share principles and values around transparency, accountability, open data, participation, and use of technology.

More information about CoST’s disclosure and open data process is available at: https://infrastructuretransparency.org/our-approach/disclosure/