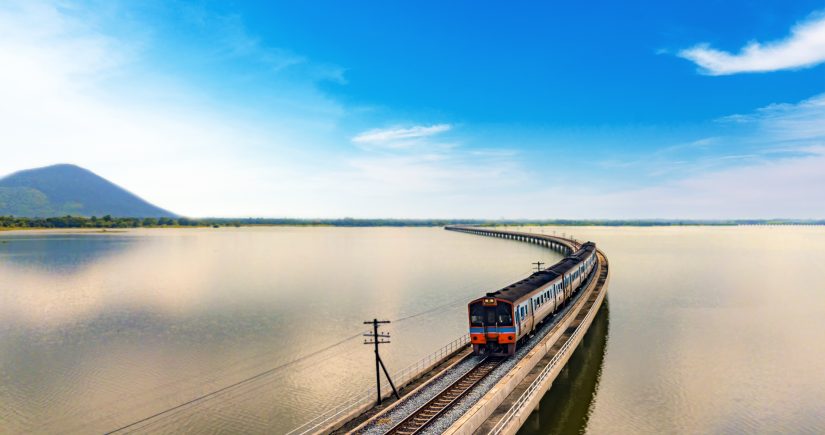 Pattaraporn Vorasaph, Deputy Director of Thailand’s Comptroller General’s Department and vice-chair of CoST Thailand multi-stakeholder group, spoke to GovInsider about the impact of CoST in Thailand, and how open data can help cut infrastructure costs.

Large infrastructure projects are at particular risk. Public construction projects constituted about 55 per cent of all public procurement in 2015 – amounting to about THB 620 billion (US $20.5 billion), says Pattaraporn Vorasaph, Deputy Director of Comptroller General’s Department in the Ministry of Finance. “We can benefit more if this budget is spent properly,” she says.

In 2015, Thailand joined the Infrastructure Transparency Initiative (CoST), a global movement that helps countries implement transparency and accountability in public infrastructure. Vorasaph shares the impact of this initiative, and how open data can help to cut infrastructure costs.

Vorasaph’s team manages around 200,000 construction projects every year, and chooses about 500 projects to audit as part of CoST. The projects are chosen according to their allocated budget, says Vorasaph. The highest budget central government projects and state-owned enterprise projects that cost more than 500 million THB (US $16.5 million) will be shortlisted. Local government projects with a budget of more than 7 million THB (USD $231,000) will also be chosen.

As part of CoST, government agencies are required to publish 40 data points online for public view. The data spans across the key stages of the project – from identification and procurement, to implementation and completion.

Agencies carry out the procurement process on Thailand’s electronic government procurement system, says Vorasaph. The system collects about 25 data points and publishes it on the CosT website. Some data include the budget of the project, contract value, and the number of bidders. It is also requires procuring entities to fill in another 15 data points on the CoST Thailand website.

The Comptroller General’s Department also works with the Assurance Team, a university research team, to conduct surveys and analyse data to complete assurance reports that are published on CoST’s website.

In September 2020, the Ministry of Finance reported US$460 million in cost savings from CoST Data from about 654 projects. The transparency brought about by the initiative sent a “strong signal to those involved in public procurement processes that proposals and the delivery of projects will be subject to greater scrutiny,” CoST wrote.

Out of the 500 projects in the CoST programme, Vorasaph’s team visits the sites of 10 to 15 projects. “We observe the construction site to compare data and information disclosed on our website to the actual stage of the construction project,” she says.

Her team also facilitates discussions with the operator, relevant government agency, and citizens. It creates a “safe space” for communities to raise issues on how the project has affected their lives, and her team acts as a mediator to resolve these issues.

In one construction project, a water pipe had been relocated, leading to local water shortages for two weeks. Discussions facilitated by Vorasaph’s team allowed the procuring entity to find out about the issue, and it agreed to install temporary pipes to resolve the issue.

During a 2018 site visit to a flyover construction project at Bor Win industrial estate in Chonburi province, Vorasaph’s team found out about traffic congestion and pollution problems bothering neighbouring residents. The contractor built apartments near the construction site to save workers the cost and time of travelling, while also reducing congestion in the area.

The allocated government budget was 3.9 billion THB (USD $119 million), but CoST reduced it to 3.4 billion THB (USD $99.5 million). The project was also completed 10 per cent faster than planned, Vorasaph says.

Vorasaph’s team is looking at increasing public engagement. “Although we have both CoST Thailand website and CoST Thailand Facebook page, it seems that the number of people who know CoST in Thailand is still not so much.”

The more public participation, the more transparency there is, she says. “We can reduce corruption because we publish everything that the public wants to know, and they can audit for us.” Citizens can also call or email the team if they find something wrong or suspicious.

Tackling corruption requires cooperation from the government, private sector, and citizens. CoST has created a space for transparency and accountability – a movement that will help Thailand solidify its position as a regional investment hub.