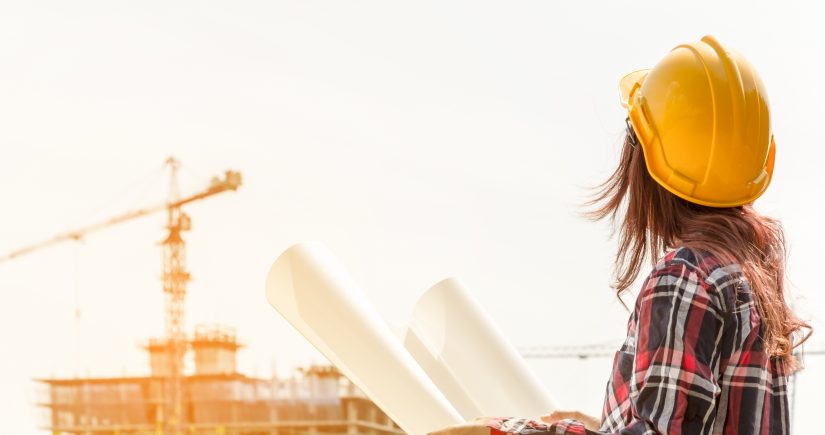 As CoST publishes its latest guidance encouraging greater gender equality across CoST programmes, we speak with our Board observer, Manuela Di Mauro whose impressive CV includes posts within the UK National Infrastructure Commission, the UK Committee on Climate Change and the UK Foreign, Commonwealth and Development Office (FCDO) promoting and implementing infrastructure sustainability and resilience. In this interview Manuela talks about her experience working in infrastructure and engineering and the importance of encouraging more females to enter the sectors. I have always been interested in Science Technology Education and Mathematics (STEM) and engineering-related subjects since I was at school and I have long had a fascination with the use of numbers to shape the world for the better. However, it is unlikely I would have pursued my studies without the encouragement of my family – particularly my mother – who has always worked in STEM and has been a great role model and encouragement. She used to say to me that maths is not difficult, but it is made difficult by those who teach it. This was fundamental for me to overcoming the insecurity of approaching STEM subjects and challenging the concept that ‘engineering is not for girls’. I also come from a very privileged background, having not experienced race discrimination or economic hardship growing up. I believe that having a strong role model and a privileged background were key factors allowing me to pursue an engineering career.

2. You are a lead contact for CoST at the UK’s FCDO. Why is it important that initiatives such as CoST promote greater gender-equality in development programmes?

Infrastructure services that are accessible to women and girls are fundamental to female economic empowerment – in both developed and developing countries. For example, safe and reliable access to water, electricity, transport and digital technology is key to reducing the time that women spend in unpaid work or undertaking care duties, or even the time it takes them to reach education facilities or their place of work.

Ensuring inclusive access to infrastructure services requires taking into account gender-specific needs and activities and this is why CoST’s guidance on mainstreaming gender equality is so important. Among other things it highlights how gender considerations can be included in early stages of infrastructure delivery – in the policy and planning stages – so that the female voice is heard both from the outset and throughout the project cycle and so that gender-specific considerations are more likely to be taken onboard. This guidance sits alongside the impressive work that CoST have been carrying out, also supported by the FCDO, which has been really impactful in championing and enabling infrastructure transparency and accountability. These are key elements to ensure that the benefits of infrastructure investments are shared across society and so that inclusive infrastructure is designed.

3. What has particularly impressed you about the actions taken by CoST members in encouraging greater female inclusion in the sector?

There are many examples of the incredible work that CoST members have been carrying out. Several members have proactively engaged procuring entities of infrastructure projects on the need for gender-inclusive infrastructure, such as CoST Uganda who held webinars with procuring entities on the especial value that women bring to the sector. In response to a CoST Uganda assurance report, the Ugandan Ministry of Public Works and Transport re-tendered a contract to rebuild a market requiring the installation of lavatories for both men and women.

Similarly, it has been good to see how the CoST International Secretariat has been showcasing female role models working in infrastructure to encourage more girls and women to enter the sector. The way CoST members have adapted their training activities to ensure good female participation has also been impressive – such as in Honduras where the programme trained engineering university students and ensured good representation of female graduates. Collaborating with students in this way is important to encourage those who study engineering to continue in the profession post-graduation.

4. You have held several infrastructure-focussed positions. Did you experience any significant challenges as one of the few females in these positions and how were these overcome?

Having often been the only woman amongst senior colleagues or industry representatives has been challenging in its own right – as it is a natural reaction to feel less self-confident when surrounded by people who don’t look like you. On top of this, I have experienced the usual issues that are unfortunately experienced by many women – being mistaken for the note-taker when being the chair, not being allowed to speak or being tagged as too ‘soft’ or too ‘aggressive’. I found that the institutional setting of an organisation is really important, as well as the presence of other women in position of power who act as role model. But most of all, I found that I have been truly able to overcome these issues when they were seen and challenged by male colleagues, so that discriminatory behaviours could be called out and where males have used their positions of power and privilege to remove gender barriers.

5. Finally, what advice would you give to females contemplating entering the sector?

I wish had a silver bullet to share. As a female working in the sector, it can help to enter the sector with eyes wide open and see where we are disadvantaged but not to let that diminish our self-confidence. We should also believe that if we make it this will help to open the door to others – and this is also a plea to those unsure about entering the sector. Having seen how powerful the male voice is in calling out gender-based discrimination and implement gender equality guidance, I also plea to more men to be role models advocating for inclusive inclusion as we need more of these too.