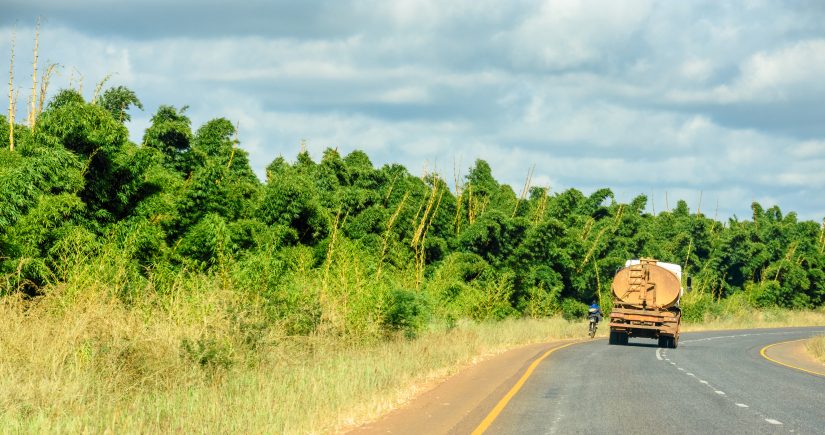 In Malawi, a legal requirement for procuring entities to disclose data in line with the CoST Infrastructure Data Standard (CoST IDS) was recently brought into effect. The process of securing the legal mandate for disclosure was hard-won, and the culmination of many years of engagement with various government administrations throughout periods of political instability.

In this interview, CoST Malawi Programme Manager Lyford Gideon talks to CoST about the journey taken by the programme, the challenges faced and the importance of political will in achieving change at a sectoral level.

Can you tell us about the need for a legal mandate for disclosure in Malawi – how was this identified?

Malawi was one of the eight countries to take part in the CoST pilot phase in 2008. During the pilot phase, CoST Malawi participated in a baseline study which identified barriers to disclosing data in line with the CoST IDS in Malawi’s construction sector.

One of the main barriers identified by the study was a gap in Malawi’s laws: there was no provision to compel procuring entities to reactively (upon request) or pro-actively (without official request) disclose data in line with the CoST IDS. The legal requirements only provided for the disclosure of CoST IDS data points up to the award of a contract, and nothing thereafter. This omitted the larger element of tender management.

How were the wheels set in motion for changing this legal requirement?

The CoST Malawi multi-stakeholder group (MSG) approached the presidency and briefed it on the CoST agenda. The then President, Prof. Bingu Wa Mutharika, welcomed the CoST approach as it resonated well with his government’s infrastructure development agenda. This led him to appoint the then Minister of Development Planning and Cooperation, Mr. Abbie Shawa, to become the first ‘CoST Champion’ for Malawi.

This marked a significant milestone for the local programme: the CoST Champion energised the MSG and, fanned by strong political will, supported it through the process of developing the Baseline Study which identified those gaps in the law.

The first step was to address the issues identified by the baseline study and begin working on the recommendations. First and foremost, the Champion provided much-needed political support to promote the uptake of the CoST approach which is key to securing any legal or policy change

What challenges did you come up against?

The unexpected happened in April 2012, when the President died in office. According to Malawi’s constitution, the Vice President – in this case Madam Joyce Banda – becomes President on the death of the incumbent. On her ascendancy, she dissolved and replaced the cabinet and also formed her own party. These developments sadly meant that the CoST Programme in Malawi ‘lost’ its Champion by way of the former President’s cabinet being fired.

Mrs. Joyce Banda was required to finish the rest of the political term (2009 – 2014) left by the late President. This meant that the new President had under two years to govern until the next election, which made it difficult for her to engage with a number of issues, including the CoST programme, which had been left without a replacement of its Champion. Local efforts coupled with support from the International Secretariat bore no fruits on the matter. The International Secretariat wrote a letter directly to her office which was not responded to.

Was there a turning point in the journey?

In May 2014, Madam Joyce Banda was defeated at the ballot box and the brother to the late president, Prof. Arthur Peter Muntharika, became the new president.

CoST Malawi again engaged the presidency – which was elected on the promise to end rampant corruption – and this time made a breakthrough. In February 2015, the President appointed his Vice President, Dr. Saulos Klaus Chilima, as the new CoST Malawi Champion. The Vice President was also given leadership of a Public Service Reform Program.

What steps did CoST Malawi take to engage the new government?

The CoST Programme took advantage of this development to push for reforms to the Public Procurement Law. The local Secretariat held briefing meetings with the Champion and made suggestions that the law be amended to plug gaps in Malawi’s disclosure requirements.

These lobbying and advocacy efforts finally culminated into a new law being passed by parliament in 2017. The amended Public Procurement and Disposal of Assets Act now includes a Formal Disclosure Requirement which, after being published in the Government Gazette in 2020, means procuring entities are required to disclose data in line with the CoST IDS.

Publication of the legal requirement comes alongside the announcement of the President of Malawi, His Excellency Dr. Lazarus McCarthy Chakwera, as the new CoST Malawi ‘Champion’.

Dr Chakwera will play a key role in promoting CoST across government, which alongside the legal mandate, should help increase engagement in CoST across Malawi’s procuring entities

What were the key lessons you learnt along the way?

The long and winding road to securing a legal mandate for disclosure was full of challenges which allowed us to learn important lessons. The lessons include the importance of political will in advancing good governance, and the need to identify enablers in the political eco-system to support advocacy on crucial issues. Moreover, persistency and patience are vital attributes when working within any political economy!