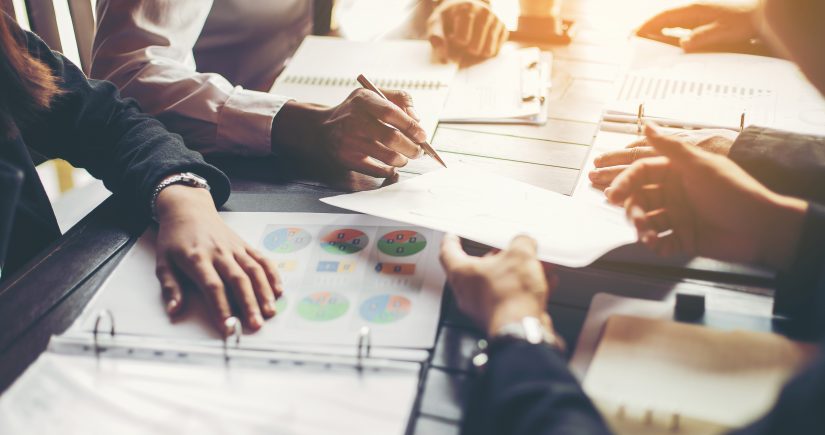 Multi-stakeholder working is a core feature of the CoST approach and one that has helped to catalyse CoST impact worldwide. Increasingly, we are seeing its value recognised by key influencers within the infrastructure sector, other sectors and by large scale donors. DAI Global – an organisation working to tackle fundamental social and economic development problems is one such influencer and here we hear from its Senior Governance Specialist, David Hall, who shares his views on the feature.

DAI has begun to incorporate the multi-stakeholder feature into its work, could you explain the motivation behind this? We’ve been excited to experiment with the feature and thank CoST for advancing our thinking on the full benefits it could bring to our work. Because our projects focus on complex governance challenges, holistic approaches to address the root causes are needed. In my view, a multi-stakeholder approach puts projects under a microscope in a unique way that can be catalytic if the incentives line up. It certainly takes longer than writing an op-ed or posting a strong opinion on social media, but it’s an adaptable model that can be scaled up or down and has transformational potential.

In middle-income countries especially, it’s clear that corruption networks have advanced beyond what traditional social accountability methods can address. The level of sophistication, professionalism and pervasiveness of the lava jato contractors in Brazil and Peru illustrates that clearly. If DAI takes on the challenge of addressing root causes of corruption in public infrastructure in a country like that, a multi-stakeholder approach offers a change-up from normal external interventions. It seeks a shift in how government, private sector insiders, private sector outsiders, civil society and oversight authorities like an Auditor General or Public Prosecutor relate to one another. It changes the conversation from a vicious and unbreakable cycle of corruption. Instead of: corruption—scandal—backlash—repeat—it takes meaningful steps toward prevention.

What contextual factors are needed to make multi-stakeholder working a success? Could you give examples based on DAI’s experience.

There are lots of factors that can contribute or detract from multi-stakeholder engagement and which we have seen in different contexts. In Guatemala, despite the previous administration’s determination to remove the ‘CICIG’ (the international commission against impunity), there is a serious political impetus for rooting out corruption networks and improving public service delivery. The country was also the originator of the “fiscal pact” that saw hundreds of civil society groups reach an agreement with the Government to increase taxes in exchange for public service delivery. Similarly, in Brazil or Peru whilst high levels of corruption has been evidenced, both countries have a history of meaningful public participation in budget planning, execution and monitoring. These initiatives were far from perfect, but through a more inclusive process, civil society and the media have been offered a basic familiarity with the operations of government, which provides more scope to work collaboratively and not only search for salacious political headlines.

Countries that aren’t used to any transparency in government or where the balance of power in the multi-stakeholder group would be too severely skewed will face a larger set of challenges. Those are the types of circumstances where the more adversarial relationships may persist until a healthier balance of power, often seen in more democratic systems, is achieved.

Why do you think multi-stakeholder working is especially valuable to the infrastructure sector?

I think it’s a combination of two factors. First, the scope and opportunity for corruption in the sector is so large and therefore in bigger economies it is genuinely beyond comprehension. Second, because the public procurement process is arcane, average citizens and readers are more likely to disengage and write-off the whole process as fundamentally corrupt, allowing cynicism to grow.

To address this, a broad group of stakeholders that represents all affected parties is needed, as well as experts who can independently verify the quality and validity of the work. If you’re building a bridge in a remote part of the Amazon, for example, it’s going to be difficult—if not impossible—for anyone other than an on-site civil engineer or qualified inspector to report deliberately sub-standard work. Civil society groups can report no-shows of contractors, but they can’t report on the depth and strength of a footing placed underwater. Thus, different stakeholders working together can demand that level of assurance from contracting authorities and implementers more forcefully.

Multi-stakeholder working is not always easy, bringing together different working cultures, priorities and opinions and making resolution time consuming. Why do you think it is worth it?

It can be time consuming, and there are times when it just won’t work. However for every time collaboration is resisted – a contractor who doesn’t report their contract data or a civil society group who refuses to productively engage – there will be others where contractors are sick of paying bribes to win business and come together with civil society and oversight institutions to resist, and these are worth the pursuit.

Multi-stakeholder groups create a platform for collective action that’s needed to move the needle on critical accountability issues and entrenched corruption networks. Recently, DAI heard from a respected general contractor in Iquitos City, Peru who described his decision to stop paying bribes to public officials along with his bids to the local and regional government contracting authorities. The decision nearly bankrupted him – his competitors had no such change of heart and his business quickly dried up. He had tried to take a stand but was swept away by the powerful forces around him. Ultimately he needed to be part of an organised and simultaneous collective action to affect change—but there was no process in Iquitos to support that. Without a platform like a multi-stakeholder group, the momentum of the status quo is far too powerful to resist.

In CoST’s experience, adaptability of the multi-stakeholder feature has been key to its successful implementation worldwide. Has DAI found flexibility in its approach important?

From DAI’s experience in combatting corruption (in procurement in particular) we have seen the value of applying flexibility in different contexts. In Kosovo for example, we’re helping sub-national governments adopt open contracting standards and make critical services like basic healthcare and the procurement behind it more transparent to citizens. The engagement process DAI facilitates in each of those municipalities has a foundational design to assure inclusion and a balance of stakeholder groups, but the economies, power dynamics and severity of concerns around corruption are all different in each location. As a result, the design of these stakeholder groups varies considerably in terms of size, levels of government involved, the availability of local civil society groups and so on.

Whereas in Peru, our approach to multi-stakeholder engagement has been tailored to the very low confidence and trust that exists between civil society, the private sector and both national and sub-national government. Peru has an extremely high frequency of top politicians under investigation, in jail or in exile as a result of corruption scandals—including four former Presidents. We felt it was most important to start small with individual projects with a process that could demonstrate progress and build confidence among the participants before trying to move on to more complex procurement. CoST provided thought leadership and support in the design process of this which was especially helpful.

Finally, beyond multi-stakeholder working does DAI plan on exploring other aspects of the CoST approach?

Yes absolutely. In terms of disclosure, the Open Contracting for Infrastructure Disclosure Standard (OC4IDS) – the new data standard from CoST and the Open Contracting Partnership – offers reformers multiple “wins”, it’s a very useful technical solution that also comes with the cache of joining up with an international agreement.