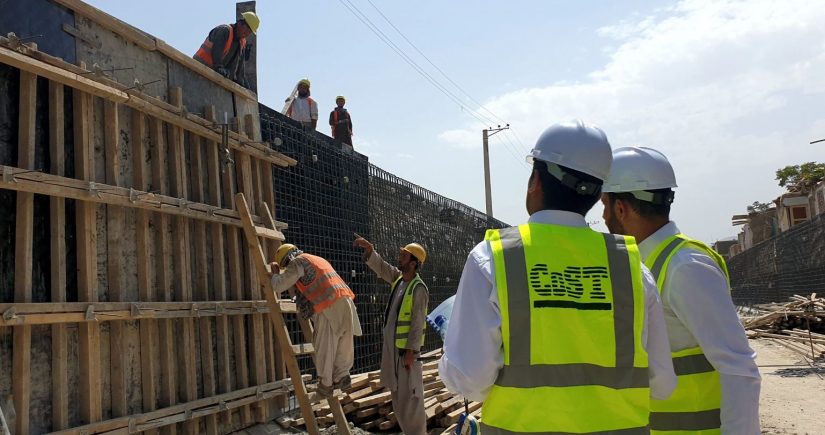 Today CoST Afghanistan joins #AssuranceWeek2019 celebrations and publishes its Second Assurance Report. A year on from its first report launch during Assurance Week 2018 and good progress can be seen in the level of infrastructure data being disclosed marked by a 9% increase, yet key issues remain in project preparation. The report highlights such issues including inaccurate survey and design which have inhibited project delivery, with average time and cost overruns of projects being 64% and 3.8% respectively.

At its launch event today in Kabul, CoST Afghanistan welcomes eight ministers from an array of sectors and addresses over 200 participants on the key issues alongside report recommendations to put them in the past. Key media and civil society representatives are also in attendance so that they can share the report findings with citizens to show them how their tax money is being spent.

CoST assurance is a light-touch independent review of a selection of projects which highlights the accuracy and completeness of disclosed data. It turns complex data into compelling information to help identify key concerns to the public. For its second assurance process, CoST Afghanistan looked at 20 projects overseen by four public bodies from across urban, energy, water and transport sectors.

In addition to preparation issues another key area of concern highlighted is the tendering stage of projects. Of the projects assessed, the average duration of tendering is 336 days which is considerable considering Afghanistan’s regulation that it should not normally exceed 120 days in national and 150 days in international competitive bidding. This delay can mean bid guarantees expire and an inefficient use of private sector money, ultimately this can discourage the private sector from bidding on infrastructure projects and lead to lower levels of competition on projects.

“A lack of interest from the private sector in the bidding process is being seen. In five out of 20 projects selected for the report, only one bidder participated in the tendering process which led to re-tendering.”

Among report recommendations three key areas to be addressed include

For the Government to:

For private sector to:

For civil society and the media to:

Using the findings from its second assurance process CoST Afghanistan will focus its activities more concretely on furthering improvements in the project preparation and tendering process of public infrastructure.